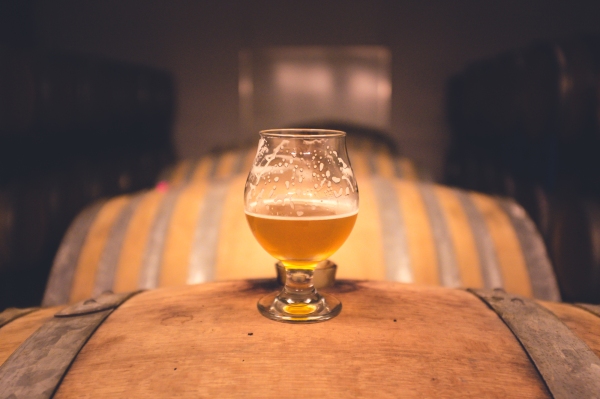 What is written below is in response to another pastor within my community publicly condemning his congregation for exercising their liberty to drink alcohol in public or private – just so you know the context.

“Why even beat this drum?” you might ask, since I have publicly debated this topic multiple time’s online. I do believe passionately that if we begin to twist scripture to fit our own and every personal deep seeded conviction, and then pressure those around us to believe and practice the same, and especially if we are going to allow those who speak in our pulpits at our churches to do the same, we are going to:

1. Lose an entire generation of people and congregants who can see through the clouds of legalism that is spewing forth from this type of interpretation, even if they cannot articulate it. and

2. We are allowing our churches to produce accidental pharisees even though the intention was well meaning.

I cant even count the number of people I know and have met who are leaving the church or are discouraged and bewildered in their church because of the heavy handed doctrines that are being taught in regards to the topic of christian liberty. Pastors telling people what they can and cant do in life, in their families, in their careers. “Then what am I allowed to do?” Thus, the bewilderment of so many.

As pastors, preachers or Bible teachers, we are not instructors on every detail of everyones life, but rather conveyors of truth. Once that truth is accepted, it is up to the individual to grow into maturity and make their own decisions that can glorify God. We help them get there through discipleship. Not making them into our image but Christ’s.

This topic (on restricting liberties) always comes up around the issue of alcohol (which I believe is a “non-issue”) which is why some have come to believe that I am defending only the believers right to drink alcohol (because I do enjoy my craft beer) but that is not the case at all. In fact, that is not even what this article is about (not about alcohol). I am defending the believers right to their God given, fought and died for liberties in general – all of them.

Once you begin down the slippery slope of restricting others liberties (legalism), it becomes inevitable that you will produce in yourselves and in your church a horrific result of “christian superiority” over those who are not like you. That is dangerous and that is exactly where the pharisees erred. You and I cannot fill in the blanks where God has decided to keep silent or give liberty.

Which is exactly why my conversation began with the following verse:

(Following is my public online response)

We all know that eating the food and where it comes from makes no difference (in relation to food offered to idols). But just because we know that we can eat it, lets not become, in our knowledge (or liberty), arrogant. Rather, in love we should consider the weakness or ignorance on these things (liberties) that those weaker or younger in the faith might display by their sensitivity to such matters. (1 Cor 8:1-8) These people’s conscience were still captive to the influence of these (false) idols. Thats not where we want to leave people. “their conscience, being weak, is defiled.” (1 Cor 8:7)

Corinthians encourages us to grow in the grace and knowledge of God, not stay weak in mind and faith. Paul was concerned about those who still believed in the power or influence of idols (that they, the idols, are something when they are not – idols). He is concerned that the one mans knowledge (which is commended), that it is ok to eat meat, even if it was once offered to a idol, would encourage another (weak minded and confused) believer that its ok to worship Jesus and to continue to worship idols as well. The context is to say, “we don’t worship idols, but some still haven’t gotten there yet  – or figured this out yet” We should help them get there by getting our meat elsewhere if need be. He is not condemning the mature christians liberty but commending it by saying, “hey, we know better, and because of that, lets be mature enough not to send our weaker brothers and sisters, stumbling back into the idols temple and away from the one true God.”

But food does not commend us to God; for neither if we eat are we the better, nor if we do not eat are we the worse. But beware lest somehow this liberty of yours become a stumbling block to those who are weak. For if anyone sees you who have knowledge eating in an idol’s temple, will not the conscience of him who is weak be emboldened to eat those things offered to idols?

And because of your knowledge shall the weak brother perish, for whom Christ died? 1 Cor 8:8-11

He is talking about leaving the faith and going back to idol worship. We are to raise up or disciple our congregations to believe that there is One true God only who is worthy of our worship and that idols are nothing, therefore eventually they will grow up, not stay weak, and realize, like those with knowledge, that the idols that the meat is offered to are literally nothing and that the meat is just that, meat. “Are you still so dull?” Jesus asked them. “Don’t you see that whatever enters the mouth goes into the stomach and then out of the body? “Listen and understand. What goes into someone’s mouth does not defile them, but what comes out of their mouth, that is what defiles them.” Jesus – Matt 15

This kind of teaching was at the core of Jesus’ teachings toward the pharisees and those trapped by legalism. Its about the heart. We encourage people to grow up! And in growing up in Christ, its becomes natural to make decisions based on our love for God and one another.

We encourage christians to grow and mature in a way that helps them to make all their decisions in a way that glorify God. When teachings like this (“dont do this or that”, “god revealed to ME that this is a stumbling block and unwise for you”) are taught year after year as people sit under our guidance, it becomes confusing, harmful and non-beneficial. Its encouraging christians to sip on the pastors milk when they should move onto the meat – maturing and being able to make their own decisions based on the scriptures. Thats where we get true wisdom – not from pastors who make statements like: “when God revealed this to me.” Thats nothing but legalism and extra-biblical teaching. This leaves no room for maturing or discussion or differing opinions on the matter (which the Bible leaves open for discussion). What else can be said or discussed among the church if the pastor is claiming that his opinion is from God?

Example from the Video: “You think you have the liberty to drink?” You cannot practice liberties, even “in the privacy or your home” your liberty “is a stumbling block” expressing “liberty” in “air quotes” “thats how some of you started drinking” ….etc.

A fat person finally got themselves on a diet and grabbed an apple before heading to church only to find mature believers at church eating extremely unhealthy donuts that the church provided…. stumbled.

Where does this logic stop?

Paul was not discouraging liberties. For Liberty Christ has set us free! “So Christ has truly set us free. Now make sure that you stay free, and don’t get tied up again in slavery to the law.” Gal 5:1

It is not beneficial as pastors to tell people what liberties they can and cannot partake in. The bible does not teach that alcohol is a sin. It does not discourage the use of alcohol. Rather, it encourages wise decision making and giving God Glory in all things with our liberty. Any teaching that makes a believer think that they are pleasing God by not doing this or that IS LEGALISM AND THERE IS NO OTHER WAY AROUND IT.  Stick to the text. trust God to grow up the believer. They WILL make decisions that prove their love for God and one another.

First of all, the context here was never speaking about alcohol.

This logic above is wrong because we were not saved from these things alone but from all sin and lots of those things (like the meat offered to idols) were not sin in and of themselves but it was the idolizing of them and rejecting God in order to do life on our terms that was and is the sin that we are all saved from. Idols.

If alcohol can lead to drunkenness, therefore we say “stay away!”, should the same reasoning be applied to everything? Because of the potential? If gaining wealth can lead to “the love of money” which is the root of all evil, should we not also say “stay away from money all together!” Should the church stop accepting tithe to avoid this temptation? Because it has certainly corrupted so many believers and churches. Certainly not. Instead we are encouraged and even commanded to walk in wisdom with our liberties not without them. We as individuals and churches should have a structure that allows accountability in these areas of our lives.

Don’t demonize “liberty” for the false assurance that it will keep people from sinning. Encourage people, that they have the liberty to Give God Glory in all things and in everything that they do.

“So, whether you eat or drink, or whatever you do, do all to the glory of God.”

Though I do not think the following comment is necessary as a follow up, I have provided it for clarification due to a good brothers feedback. Thanks brother.

Sin is NOT liberty. If you cannot practice self-control or sobriety in any liberty than it has become an idol and a sin to you. You are better off abstaining from those liberties that cause you to sin. Drunkenness is Sin and cannot glorify God. Being high is the same, therefore drugs that cause you to lose your faculties and become intoxicated cannot qualify as liberty – they are sin and should be repented of and avoided.